So I tried my hand at Krrish 3 The Game! I’m not too well versed with the Krrish franchise.. i know the basics.. and thanks to the media frenzy surrounding the movies, i think i know most of the storyline as well. Straight off the bat, Krrish looks good.. The graphics are pretty darn good. The facial features are pretty detailed, and the basic layout is  simple enough to start playing right away.

There are a few bugs, with the controls.Why not give players an option of buttons, an option of tilt to play? Swiping furiously is not necessarily the future of touch gaming.
The game is not difficult, but the view angle and perspective is fixed and not speed dependent.. This is so annoying! If my character is walking, i can see X feet in front.. but if the character is hurtling forward at full tilt, i can still only see x feet in front of the character.. Invariably resulting in me falling off too many buildings and running into too many walls..

Nothing bad to say over here, the character modeling is great. and the game runs quite smoothly.. The backgrounds are clear. (Though at times they seem to merge with the foreground, making gameplay plain annoying)

The game is effectively a runner format, with little bits of combat thrown in. The ability to create matches is great and definitely should be used often. Hopefully Play Games integration would enhance the multiplayer experience immensely.

Oh god the ads… at every menu function there is a pop-up ad.. at some points you know the QA has not been done because, the close button for an ad, overlaps with a game menu function. So thanks to that i was not able to even access some of the menus..

I will have to clarify this one. During play the game never hung or shutdown. But It seems to run in the background, and is constantly throwing error reports while I’m not even playing..

To sum it up

I’m not a follower of the franchise, and initially i was not too impressed by the game. I’ve had the game for a week and there have already been two updates for bugs – which is great. On the whole it’s a fun game, not what i was expecting. Few tweaks to the gameplay and you could have a great game. Unfortunately with most “theme” games, they tend to die out after the event has passed, i.e. the movie stops screening.. It would be interesting if the producers pushed their audience to play the game more.. 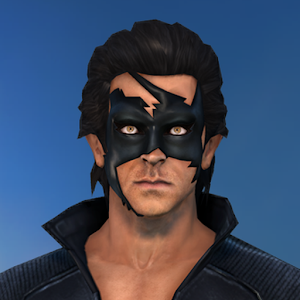